Who Was Benjamin Pike? I had a rare opportunity to meet someone who was well acquainted with the story of Benjamin Pike Jr. Benjamin Pike Jr. was the man who built the mansion that was lived in for over fifty years by the Steinways of Steinway & Sons Piano in Astoria. During my efforts to report this story, I had here-to-fore found it very difficult to find much published about Benjamin Pike. Hence you can imagine my delight when I met Deborah Jean Warner, who had once curated an exhibit dedicated to the Steinway Mansion founder, at the Smithsonian Institution.

Click here next week to read our full report about Benjamin Pike Jr., the founder and owner of the Pike Mansion, which later came to be known as the Steinway Mansion in Astoria.

Who Was Benjamin Pike? Editor's Note: We have heard rumblings that a community group or collection of individuals may make an effort to raise money to purchase the Steinway Mansion for use as an historical site. Please occasionally check the Steinway Mansion section of this site for updates [hover over the NYC Neighborhoods link along the top tool bar].

In the photo to your right is a piece of equipment used in surveying in America in the 1800's. As you can imagine, there was a lot of surveying to be done in this country at that time. one. In the city directories and census he described himself as an optician. Much of the scientific equipment during colonial times was for surveying and navigation [see photo above]. This included things like sextants, quadrangles, compasses, glasses, telescopes, spectacles and such. A signifcant amount of scientific equipment was imported from England and France including things like telescopes, microscopes and magic lanterns.

One of the visitors to Benjamin Pike Sr's shop included one of the greatest shipbuilders of the time - Robert Fulton of Fulton's Folly [creator of the first commercially viable steamboat]. A new gadget sold by Benjamin Pike in the mid 1800's is shown in the advertisement to your right.

Benjamin Pike Sr. was father to at least six children, three of which were sons. Benjamin Pike Jr. was the eldest son and he apprenticed for his father along with his two brothers. Apparently Benjamin Jr. learned the trade well as we'll see in a minute. Benjamin Jr. was born in 1809, and around the age of thirty four, set up shop for himself. He established his new scientific instruments shop at a separate location in old New York in 1843. Benjamin Jr. had apparently learned the trade well as he won numerous awards including three silver medals at American Institute Fairs in the 1840's.

Two of the silver medals were for superior air pumps and one was for galvanic battery and apparatus. He also won two diplomas at the American Institute Fairs - one for his electromagnetic machine and the other for his mathematical instruments. The photo to your right shows a medal won by Benjamin Pike Jr. 'superior air pumps'. Some of the equipment for which Benjamin Pike was most proud included his electrical and galvanic apparatus. The rotary magnetic machine, the improved plate electrical machine and Grove's battery were some of the items he most heralded. This, it seems, was also one of Benjamin Pike Jr.'s real genious - he knew how to market his wares.

In addition to announcing the latest gadgetry, Benjamin Pike Jr. was an innovative direct marketer - about 150 years before it became in vogue. He created and published a lengthy catalogue of over 750 items, complete with illustrations and generous descriptions which Warner described as more than a catalogue, but rather "one of the best English language sources of information on scientific instruments used in the mid-nineteenth century, short of the Encyclopedia."

The photo above right shows a page out of Benjamin Pike Jr.'s catalogue of scientific instruments.

The genious of this was that while many of Pike Jr.'s clients could visit him, an entire nation couldn't. Through his catalogue which was published several times, people could read about and order high quality scientific instruments from Benjamin Pike Jr. from all around the new nation. Because of his innovative direct marketing, Pike Jr. expanded his store and his business.

In the photo to your right is an illustration of the technical and scientific equipment store of Benjamin Pike Jr. in New York City in the mid 1800's.

Pike's great success in selling new scientific equipment throughout the nation, eventually enabled him to fund the building of the Pike Mansion [later called the Steinway Mansion] which cost him $85,000 to build in 1857 - 1858.

The Pike Mansion In Astoria

The Pike Mansion 'boasted excellent bathing, boating and fishing facilities ... tastefully laid out orchards, gardens and lawns". One can still see the high quality of the materials and crafstmanship on the Pike Mansion while touring it 150 years later. The granite walls have weathered many storms atop the hill. The marble fireplaces which abound throughout the domicile, still work like new. The sturdy wooden floor boards are still smooth and solid. It's a solid home and when I first walked into Michael Halberian's study in the summer of 2010, I felt like I had walked into a Jules Verne novel. This sensation I had, now makes perfect sense, because Benjamin Pike was likely the type of person who preceded a Jules Verne character. In the photo to your right is an illustration of the Pike Mansion, quite possibly commissioned by Pike as it resembles the illustrations in his catalogue of scientific instruments.

At the time Queens was entirely countryside. The Pike Mansion was one of the first two mansions that would be erected in Astoria. These were later followed by the erection of multiple mansions in the Astoria section of what is now Queens. Unfortunately all of the old mansions have been torn down, leaving the Steinway Mansion not just the most famous, but the only one of any significance left standing. In the photo to your right is a photo of the Pike Mansion in Astoria Queens. Today, off the photo your right, stands LaGuardia Airport. [Editor's Note: At a time when the city is spending mega millions developing new housing and retail structures in Queens [see our Queens Real Estate section], it seems to me that a little money could be set aside to preserve important relics of our cultural and historic past.]

Many Thanks To Deborah Jean Warner

Deborah Jean Warner as published in an introduction to a reprint of Pike's Illustrated Catalogue of Scientific & Medical Instruments.

Deborah Jean Warner is shown in the photo to your right.

Click this link to go to the Astoria Neighborhood. 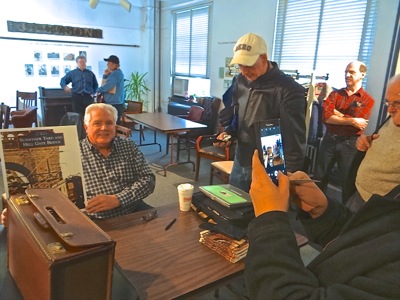 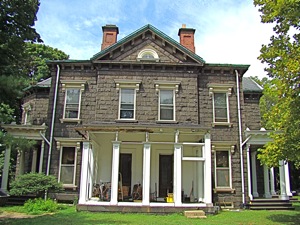 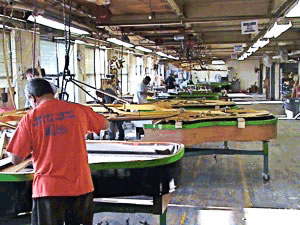 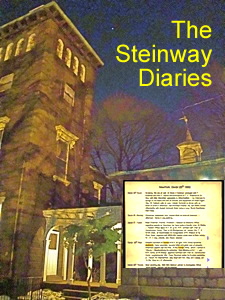 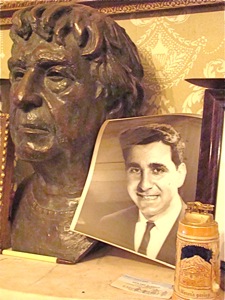 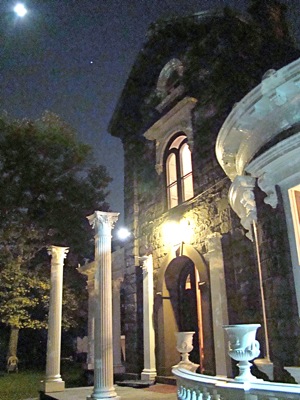