History of the New York Botanical Gardens in the Bronx

One of NYC's Finest Attractions Resides in Bronx Northern Neighborhoods Notable within the New York Botanical Gardens walls lie 50 acres of primordial landscape, largely kept intact from colonial and pre-colonial times. This tract of open landscape was once occupied by the Lenape Indians and is called the Thain Family Forest, named after the family that financed the preservation and enhancement of the forest, which has suffered many ravages since its inception.

Also around 1904 a blight destroyed all but two of the original 1,500 chestnut trees. And Dutch elm disease wreaked havoc with the primordial forest elms. There were a number of other such intrusions, so the primordial forest is now a mix of old and new. A research paper provided by the NY Botanical Gardens outlined the work being done to mitigate aggressive intrusions into the forest over the past half decade or so.

Click here to read the rest of our report on the New York Botanical Gardens near the Bronx neighborhoods of Belmont, Bedford Park, Norwood and Fordham.

History of the New York Botanical Gardens in the Bronx

One of NYC's Finest Attractions Resides in Bronx Northern Neighborhoods

The NY Botanical Gardens is also home to 7.8 million plant specimens, which may be found in their research herbarium. And they house what is considered by some to be the foremost research library about plant science and horticulture, which includes a copy of all of Charles Darwin's first editions.

It's also worth mentioning that they host a number of artistic and cultural events. Currently they are hosting a glass sculpture exhibit by American artist Dale Chihuli, through October. The connection between Chihuli's glass sculpture becomes obvious when you see photos of the Enid Haupt Conservatory.

The NY Botanical Gardens also hosts a special Earth Day celebration every year, a Mother's Day celebration which I'm told is among their most popular weekends, an Orchid Festival held from mid February to early April, and a holiday train show that runs from sometime in November and which is taken down sometime in January.

Two botanists, Nathaniel Lord Britton of Columbia University and his wife Elizabeth, led the founding of the gardens in 1891 as a non-profit organization in partnership with New York City and NY State. Calvert Vaux, who co-designed Central Park, laid out the design for the park, the historic landscapes of which have been restored in recent years. And according to the New York Botanical Gardens website [nybg.org] the botanical gardens set upon themselves a three-fold mission:

"... 1) to conduct basic and applied research on the plants of the world with the goal of protecting and preserving them where they live in the wild; 2) to maintain and improve the gardens and collections at the highest horticultural standard; and 3) to use the Garden itself as a venue for teaching the public about plant biology, horticulture, and the natural world generally."

"the institution has amassed over 7,800,000 plant specimens in the research herbarium ... [the four largest in the world]; built the world's most important research library about plant science and horticulture; continued to steward this important American landscape; and taught millions of visitors to love and respect the world's flora."

The NY Botanical Gardens is adjacent to the Bronx Zoo and Fordham University and not far from the Bronx Little Italy on Arthur Avenue [dining & shopping on Fordham Road] and Mosholu Golf Course. 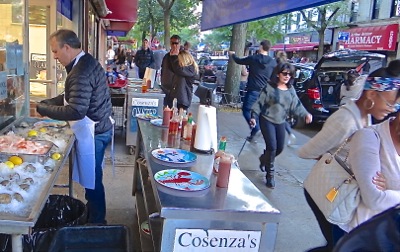 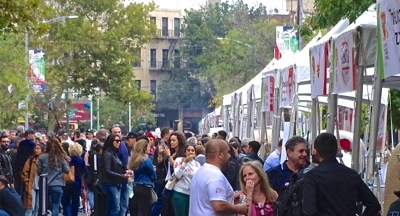 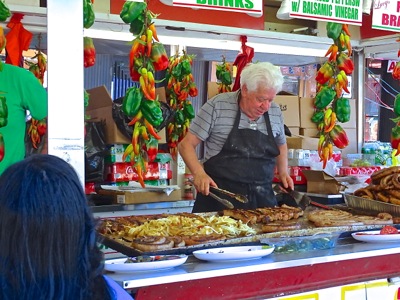 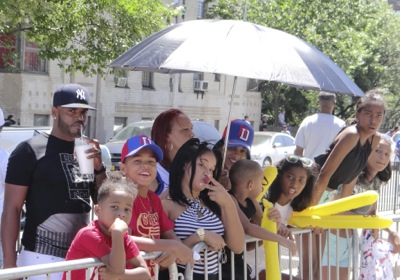